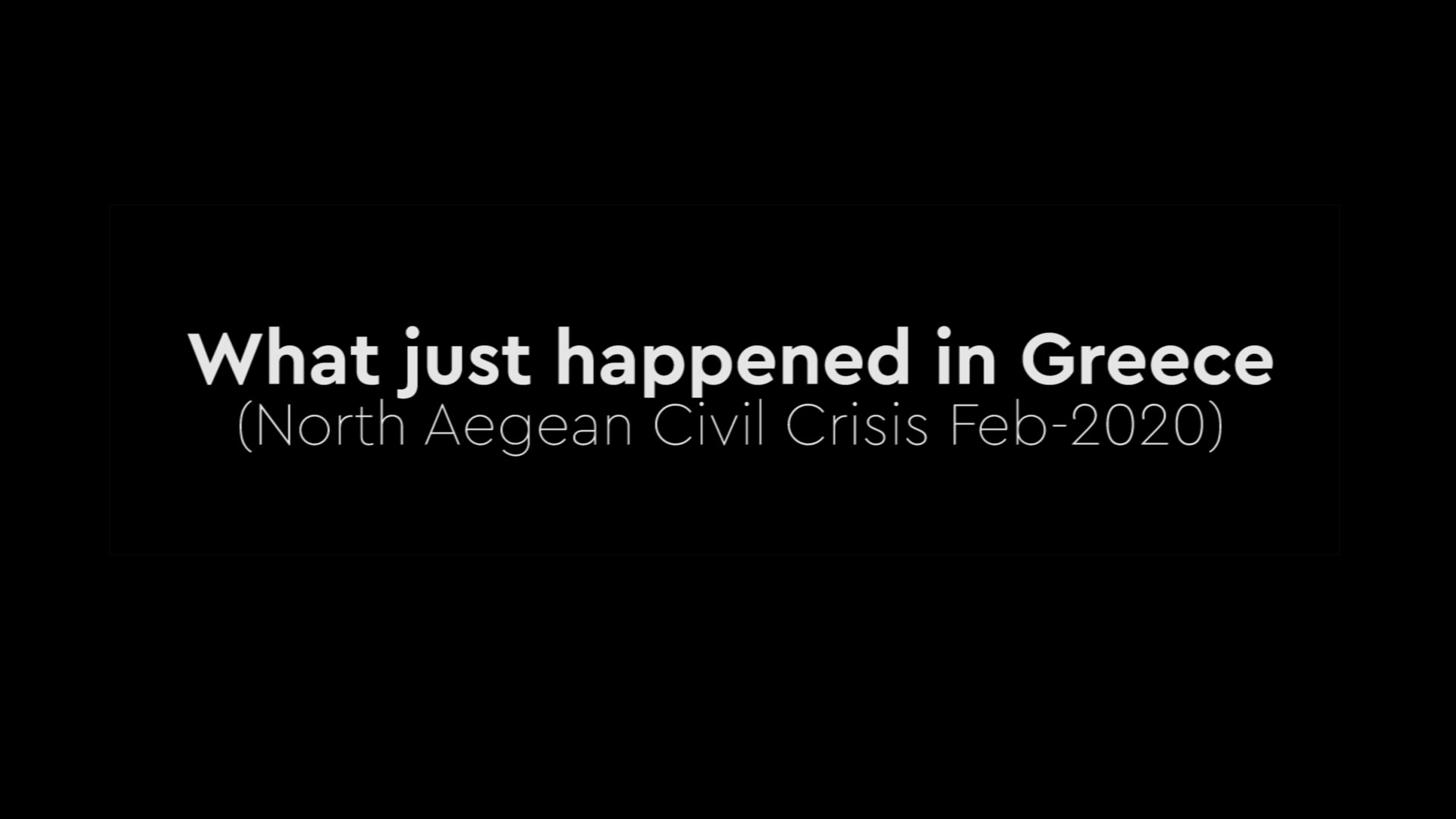 While coronavirus spreads all over the world, the very storefront of the European Migrant Crisis faces severe militarized state corruption and occupation, in Lesvos, Chios, Samos, Lemnos and Kos islands, where more than thirty thousand immigrants and refugees are also sheltered.

A counting strong of fifteen hundred thousand islanders of Lesvos and Chios witnessed a cinematic covert militarized colonization of “government claimed areas” concluding within a day, starting at 2 after midnight, Monday the 24th of 2020, with a massive demonstration of force and speed, involving ships, military air carriers, armored vehicles and more than twenty battalions of Riot Police.

The brutal force against demonstrating islanders during the first day, rapidly escalated tension, that resulted today Tuesday 26th of February, in one battalion being completely overrun, beaten and demolished in Lesvos, while in Chios, the riot police hotel got stormed and officers were heavily beaten – all luggage dropped to the sea. Dozens injured on both sides already, clashes continue to this very moment while reinforces are underway to support both parties.

It’s clear that Greek government under Konstantinos Mitsotakis, has underestimated the nature not only of the problem but also of the border-watching Greeks and now should only watch his military-horny ideas, pave the road to his resignation, after this great display of stupidity.